The completion last year of the sinuous six-story Las Americas housing in León, Mexico, made a statement in a city of densely built one- and two-story single-family homes. But it wasn’t just the structure’s size or raw concrete that stood out. Arranged around two landscaped courtyards, cross-ventilated apartments were given city and courtyard views and access from an exterior, fenestrated walkway. Getting it built was a feat even in Mexico, where the climate is mild, labor is cheap, and building requirements appear, at least, to be less stringent. Surely something like that would never get off the ground in the States, where developers have very specific formulas that often include double-loaded corridors and minimal outdoor space in order to squeeze the most profit out of their investments. In fact, the architect of Las Americas, SO — IL, had designed a building with similar sensibilities to the Mexican experiment for San Francisco, but escalating costs derailed that project. SO — IL found success with its concept, however, in Brooklyn: 450 Warren Street includes the most salient aspects of Las Americas’ design, adapted to its New York context, codes, and costs. The developer, Tankhouse, was willing to take a chance on a new approach to housing that had the potential to yield highly desirable living spaces in a city where most dwellers’ only access to an outdoor area is a fire escape. “There are no comps,” says Sebastian Mendez of Tankhouse, referring to what’s currently on the market. An architect himself, Mendez partnered with the son of an architect, Sam Alison-Mayne (yes, son of Pritzker laureate Thom Mayne) to cofound the design-focused company in 2013.

At the heart of 450 Warren is a generous landscaped courtyard, where concrete walkways suspended mid-air lead to the apartments. A counterpoint to the strict orthogonal lines of the rest of the building, the curving platforms are wrapped in a flexible-cable net similar to those used in aviaries and other zoo enclosures—an unexpected means of providing protection from falling that takes some getting used to. Open to the elements, the concrete slabs—each one mimicking the shape of the one below it to offer the required covered walkways—feature electric heat tracing for snowmelt in colder months.

Apartment windows face the courtyard, ensuring that each of the 18 units have at least three exposures (almost half have four exposures). Each unit also has what the architects call a “porch,” or small seating area, at its entrance, and at least two bona fide outdoor spaces—a balcony scaled to fit a dining table and accessed from two sides, including the kitchen; and a smaller one, off a bedroom. “We wanted a design that would be reproducible for every unit, not just the penthouse,” explains SO — IL project architect Ted Baab. Units on the top floor, which is set back, do have large terraces; and a couple of lower-level units have private gardens in what was required green space adjacent to neighboring yards. A large common garden sits atop a ground-floor commercial space on the building’s south side. Because the architects chose not to build out that space over the storefront, the building takes on a T shape, composed of three, almost independent, structures with multiple exposures, on a corner site. “It becomes a game of where to put what while still maximizing buildable area,” says Baab, whose team made several unconventional and somewhat risky choices throughout the project. “There are no obvious answers in the code.” A common garden (3) sits atop a ground-floor commercial space on the south side (4). Photos © Matt Dutile. Just to the east of the five-story building is a series of townhouses. Across the street, to the west, are New York City Housing Authority high-rise public projects, typical “towers in the park”; 450 Warren mediates between those two very different typologies in its scale, massing, and material expression. Balconies do not protrude but are instead somewhat enclosed, framed by the same CMU-sized block that clads the entire building. They appear as blank squares within strongly vertical mini-towers of different widths, heights, and setbacks that make up the building. Those balcony openings are not all that different from adjacent windows of similar size that have no visible lintels or sills. It’s an almost primal representation of shelter. The only articulation of the building envelope is the slight angle at which the concrete blocks are set—a small detail with big impact—and the blocks’ discernible aggregate and greenish tint, which varies the appearance of the facade and inner courtyard, also clad in these blocks, as the light changes. The totalizing effect of this cladding may give parts of the building an institutional feel, but that is immediately abated when you step into an apartment—spacious and light-drenched from the multiple openings to the outdoors, and with its raw finishes, including concrete ceilings, creating a clean palette. There were a number of cost-cutting measures in the construction of the building, despite offering market-rate apartments. The biggest of these was eliminating a basement; 10 parking spots are instead provided within the ground floor, next to a small amenity space. “You can build it cheaply but give it value,” says SO — IL cofounder Florian Idenburg, who currently has two other Brooklyn buildings in development with Tankhouse. As buyers begin to move into this first architect/developer collaboration, the experiment is proving to be a success. Most of the two- and three-bedroom units—priced slightly below and slightly above $2 million—sold rather quickly. At press time, only two of the penthouse units remain available. It seems absurd to call the simple idea to bring abundant light and air into housing “revolutionary”—it was a fundamental concept of the early Modernists—but decades of real-estate forces have unfortunately made it so. The real revolution will be when these kinds of units become accessible to city dwellers of more moderate means. 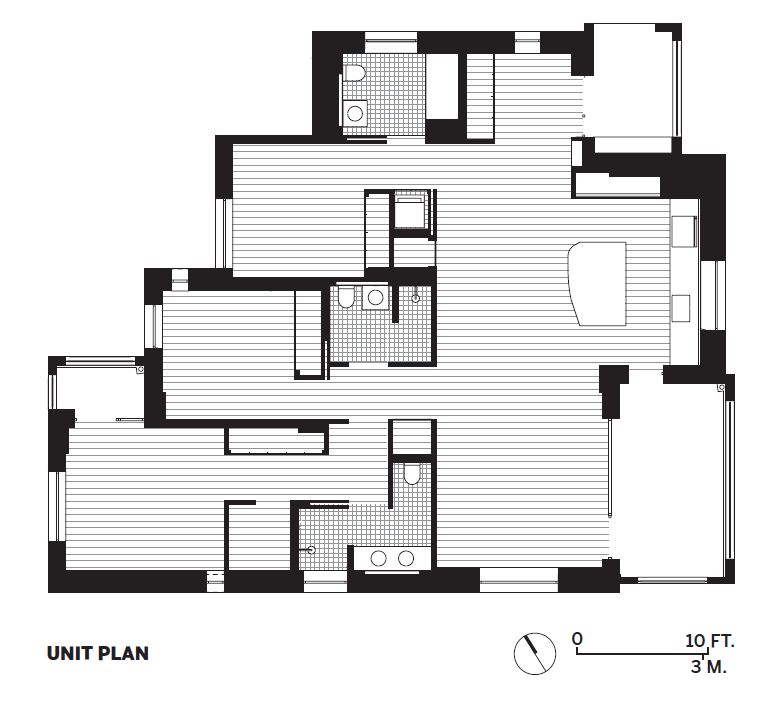 Back to Multifamily Housing 2022

Josephine Minutillo has been a contributor to Architectural Record since 2001. After practicing architecture for several years in New York City, she turned her attention full time to writing, joining the staff of RECORD as Senior Editor in 2008. In her current role as Features Editor, she reports on major building projects, exhibitions, and design innovation. Her articles have also appeared in Interior Design, Mark, Frame, Surface, Azure, Whitewall, Interni, Monument and Encyclopedia Britannica, and she was previously a Contributing Editor to Architectural Digest. She has been an invited critic at Washington University in St. Louis, The Cooper Union, Columbia GSAPP, Pratt Institute, The City College of New York, and Yale University.